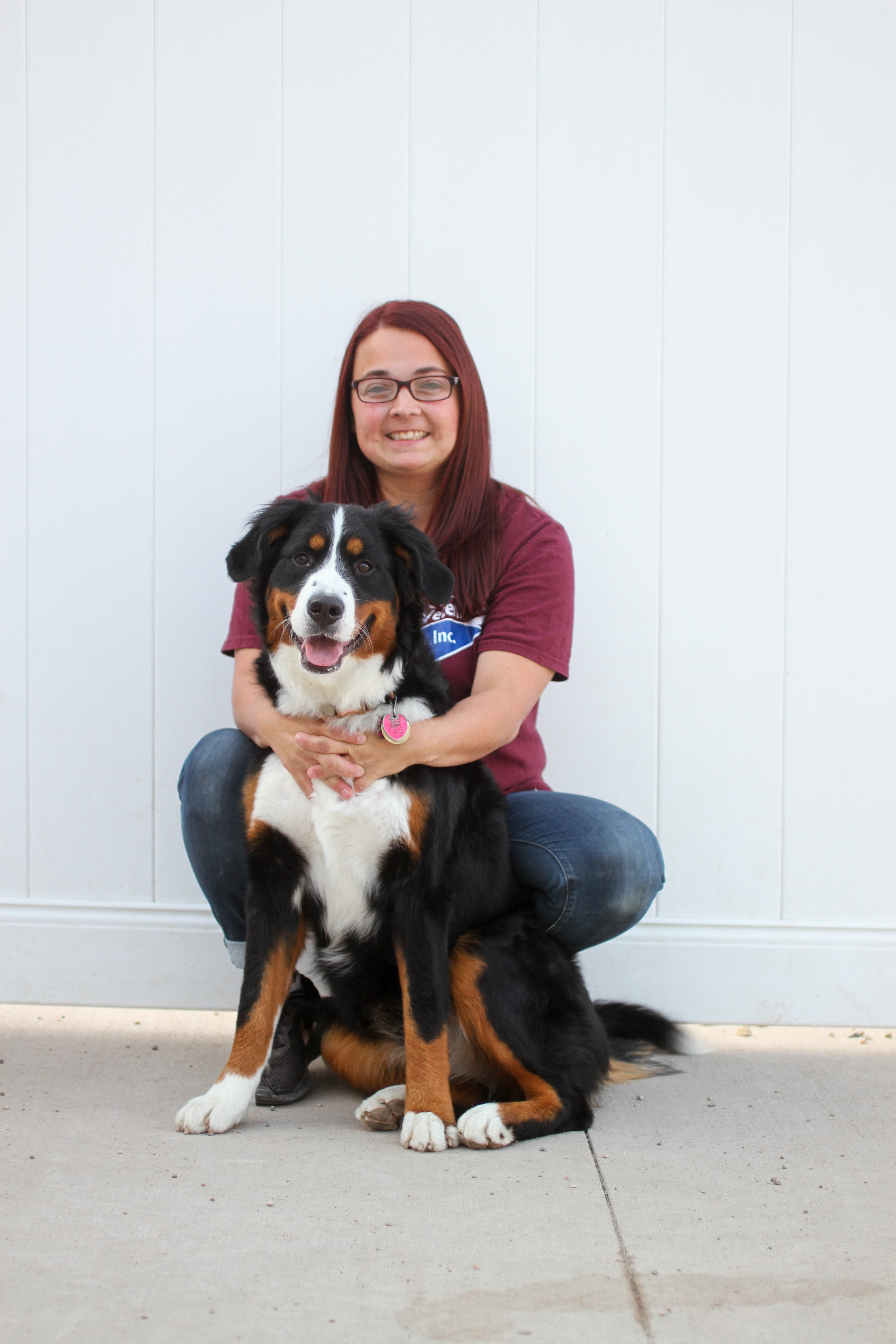 Dani Odegaard has been a kennel attendant at Casselton Vet Boarding and Grooming since it opened! She has been a kennel attendant and dog handler for almost 9 years. She is originally from Rock Lake and currently lives in Tower City, ND with her boyfriend. She has 4 dogs; Dexter (mix), Phoenix (Golden Retriever), Blazer (Labrador Retriever/Chesapeake Bay Retriever) and Bernadette (Bernese Mountain Dog). She also has one cat named Alani. Dani enjoys spending time outdoors, doing activities with her dogs and hanging out with family and friends.